Georg Carl Koch was a Berlin-based painter known for his paintings of animals and hunting scenes. He came from a family of artists and often worked on larger commissions with his father and brother. His early works were of cityscapes, but he later progressed to his animal subject matter, which he is well known for. 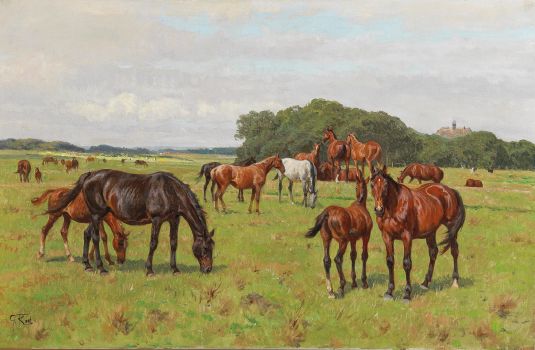 Horses in a Meadow