Mai Dantsig was a Belarusian artist. His career is unique in that he was active during the Soviet era and continued through Belarus independence. He is considered by many to be one of the early founders of Belarusian art. His works were often large scale and gave his everyday subject matter a monumental feel.

Dantsig became the People's Artist of Belarus in 1995. 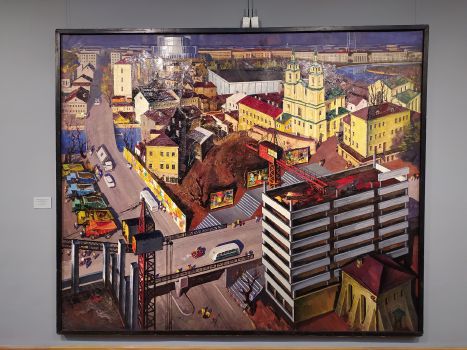