Pablo Picasso was a Spanish painter, sculptor, and printmaker who created most of his work while living in France. He is considered to be one of the most influential artists of the 20th century. A co-founder of Cubism, his work is prolific and often includes aspects of other movements, such as Surrealism. He produced so much work during his lifetime that his repertoire is divided into different periods.

The world today doesn't make sense, so why should I paint pictures that do? 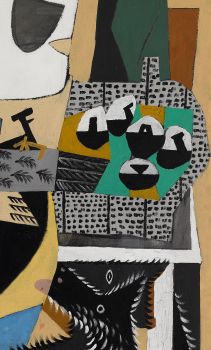