Roger de La Fresnaye was a French Cubist painter who was inspired by Georges Braque and Pablo Picasso. His work is more decorative than other Cubist artists of the time. His style became more linear later in his career. 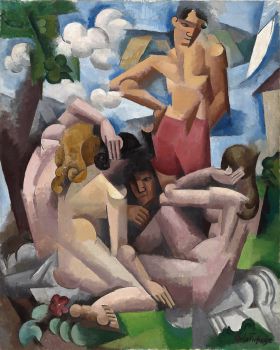